Guided Tour of the Roman Agora

The Realistic Ramblers are at it again! Today we visited several sites in Athens, with our first stop the Museum of Greek Folk Art, which is housed in a Mosque built in 1759 and contains a collection of pottery. 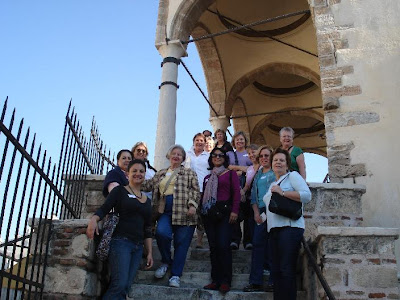 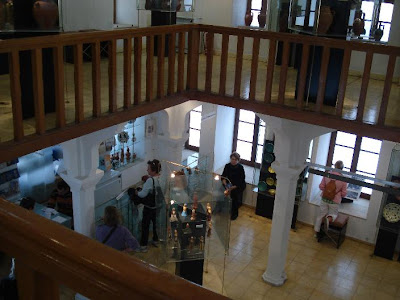 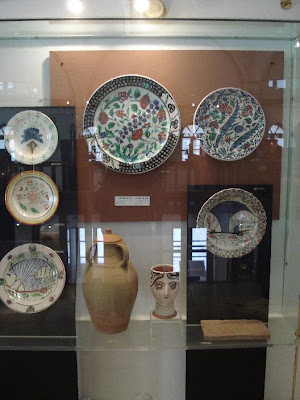 Our next stop, Hadrian's Library. 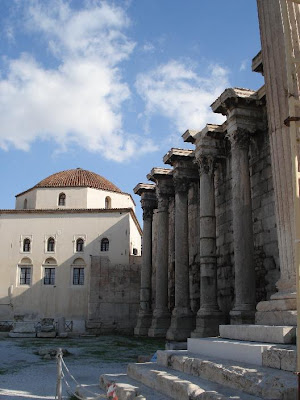 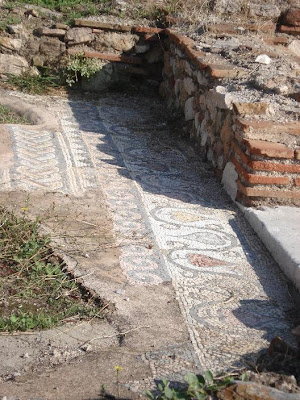 And then on to the Roman Agora. Did you know that Agora actually refers to the large open space? The shopping and other buildings were along the sides of the Agora. 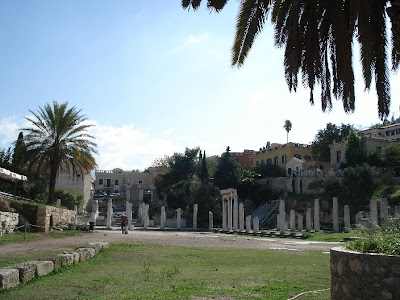 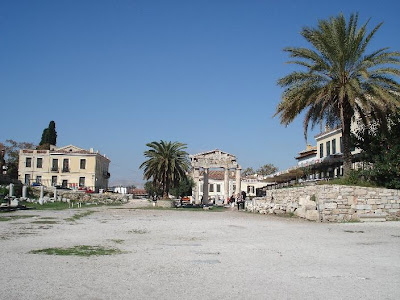 We also saw the Tower of the Winds, which was actually a clock. 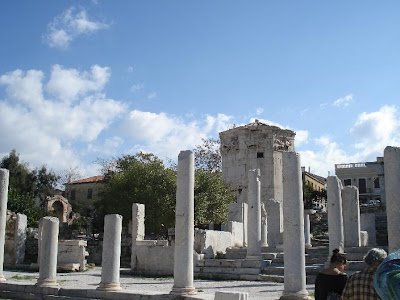 And then we were off again. This beautiful building was used as a prison at one time. 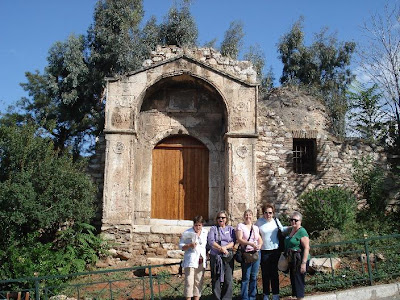 And our last stop at the public baths. A very interesting day! 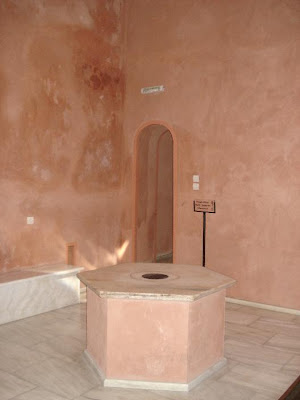 Do you have a question about Newcomers and how to join? Contact the Bulletin Board.

Any questions regarding our website, send an email to the Webmaster.

Snaps of Past Events

If you would like to receive the Newcomer's monthly newsletter electronically, send an email to Mary, our newsletter coordinator and ask to be added to her distribution list.